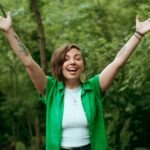 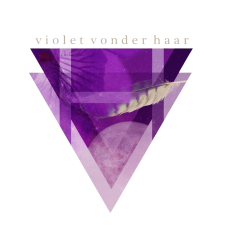 First off, thank you so much for visiting my website, the hub for all of my various musical projects. I consider myself VERY lucky to be able to live a life full of creativity through my music and art. Rather than writing a biography to you in the third person, I thought I would tell you MY story, in MY words. If you are looking for my official press bio, please click here.

My musical journey, like most songwriters, began at a VERY young age. I began singing and making up tunes from the moment I could speak. I remember clearly carrying around song books long before I could read, pretending to be “reading” the music, however, I was really just making up my own songs. You can hear a snippet of what that sounded like on a track from my first album here.

The moment I truly remember everything changing for me, and knowing deep in my heart that I wanted to live a life of music and on the stage, was in 4th grade. I was cast as “Loretta Poinsettia” in the school Christmas Musical and sang my first solo, Blue Christmas. I was 9 years old when I got my first gig at the annual Earth Day celebration in Columbia, MO. I remember singing my audition on our old cassette recorder (one of my audition songs was “This Land Is Your Land”  by Woody Guthrie). I asked Lee Ruth, a Columbia, MO folk music legend,  to accompany me on guitar.

After that performance, I decided to learn guitar. I went on to take lessons from Lee Ruth from the age 9 until 17. I remember the moment I wrote my first song with my guitar, at age 12. Like most of my songs, I remember the time and place I was when I wrote it and what it felt like sharing with someone else for the first time. My father was usually one of the first people to hear my songs before they were shared with others. Still to this day, especially as a music teacher, I recognize and am so grateful to have had a person to share my songs with and receive constructive criticism for. Both of my parents were so supportive, which only fed my passion and drive to write. If you have a child who creates, the most important thing you can do is to acknowledge their creation and support it. It truly does make a difference.

From that moment on, I was a songwriting fool. Writing about anything that moved me, excited me, saddened me, inspired me. As my collection of songs grew, and I began to play for audiences, I decided it was time to begin recording. I finished my first album, “Shades of Violet”, at age 16 (Recorded by Stephen Gardener). The night of the CD release, July 22, 2006, I lost my voice. Not metaphorically, but literally. I had pushed myself far too much leading up to the concert and had developed vocal nodules. I was put on 6 months of vocal rest, attended vocal therapy, and began taking lessons from a voice teacher in Fayette, MO. This was a very hard time for me, as one might imagine. I had always known I wanted to be a singer and had also developed a love for teaching. Voice rest puts quite a kink in both of those vocations! After almost a year of tending to my voice, I was able to sing again. Losing my voice, ironically, gave me a voice. I learned that I wasn’t invincible, and that I don’t have to be a screamer to be heard. I had found MY true voice.

I finished High School and went to attend college in Fayette, MO at Central Methodist University, where I studied music. I graduated in 2010 with a degree in K-12 Music Education with an emphasis on Voice. I learned a lot about music in college, but most importantly, I learned a lot about myself.  I tested my limits a lot and learned the kind of people I wanted to surround myself with. Nothing like a couple of failed relationships to give you a LOT of new songs and more insight into who you are.

I graduated college and knew it was time to start recording again. I called Phylshawn Johnson and asked her to play drums on a 3 song EP “V-Sides and Rarities” I was going to release to fund my full-length album, “The Way Home”. “The Way Home” is a collection of songs I had written in college, and recording it was a great end to that chapter in life.  It was during this time Violet and the Undercurrents formed. I had never envisioned forming a band, but playing music with Phylshawn felt so right. Since the Undercurrents have formed, we have gone through several different members, including Ruth Acuff, Carly Allen, and Tara Vonder Haar. Currently, the band is me, Phylshawn, Caitlin Lukin, and Linda Bott. Since the Undercurrents have formed, we’ve released two full-length albums, “Hour After Hour” (2013) and “WAVES” (2014).

I formed Zorya with Phylshawn and my sister Tara in 2012. We found our name after searching through a deck of goddess tarot cards. The only card with three women on it, we knew it was meant to be. The Zorya goddesses are said to be guardians in the sky, protecting the universe from a hellhound chained to ursa minor. I love singing with my sister and am so glad we are able to do so. We released our first album in February of 2013, a self-titled album, Zorya.

My goal now, as a musician, is to create and inspire, and be inspired as much as possible. I intend to continue touring as much as possible. When I am on the road, making connections with strangers, I know I’m doing it right. I am so grateful for this ongoing journey of life through creativity. Thank you for being a part of it.

The Center Project is a proud member of the GuideStar Exchange.